The West Bengal State University (WBSU), Barasat was established in the year 2008. After the initial teething problems that persisted for a rather long time of about six to seven years, the University is now at a position to stand before the world in respect of assessment and it is contributing well in the field of  teaching , learning process and research. The University held its first Convocation on its foundation day i.e February 25 in 2017. Since then the university is organizing it every year on the same day.

All the Convocations till date were presided over by  Excellency under the Honorable Governor of West Bengal and Honorable Chancellor of the University. The University has completed distribution of all under-graduate (UG) certificates to the affiliated colleges for graduates till the year 2016. The post-graduate (PG) certificates have been issued up to the year 2018. Thus, backlogs of yesteryears have been cleared through sustained efforts of the University administration. 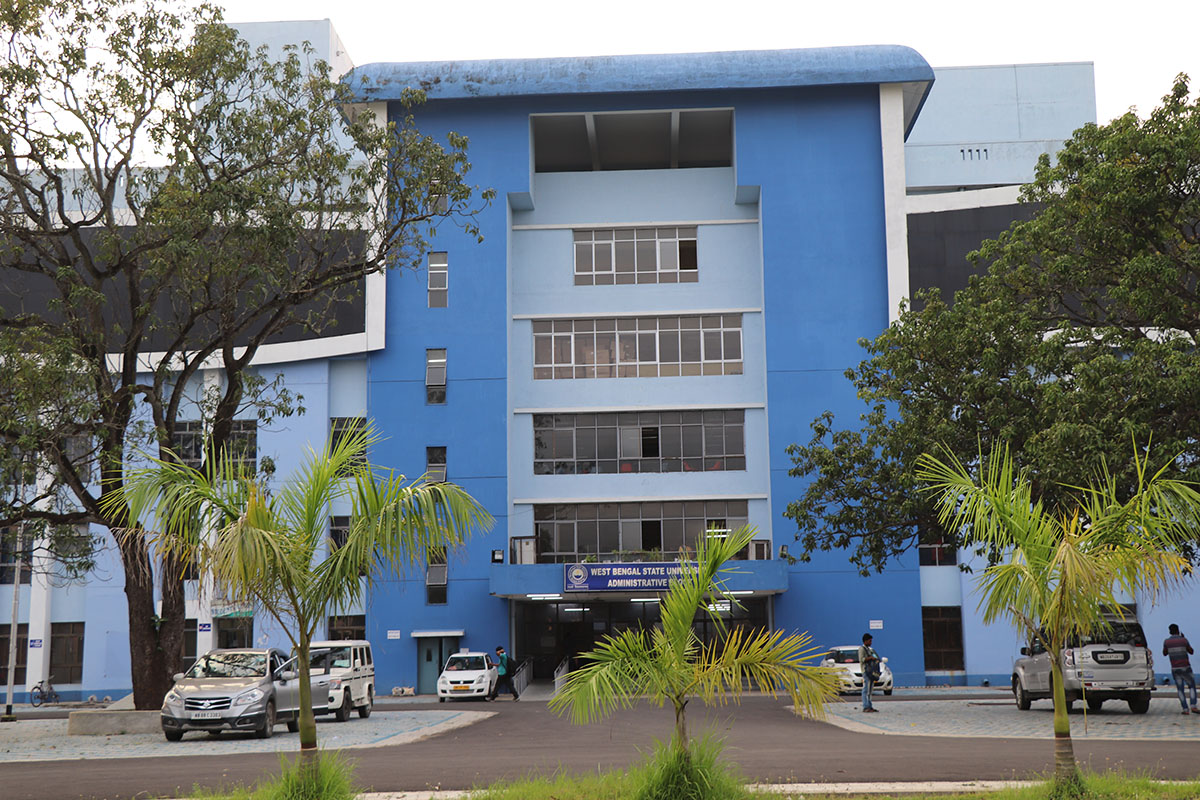 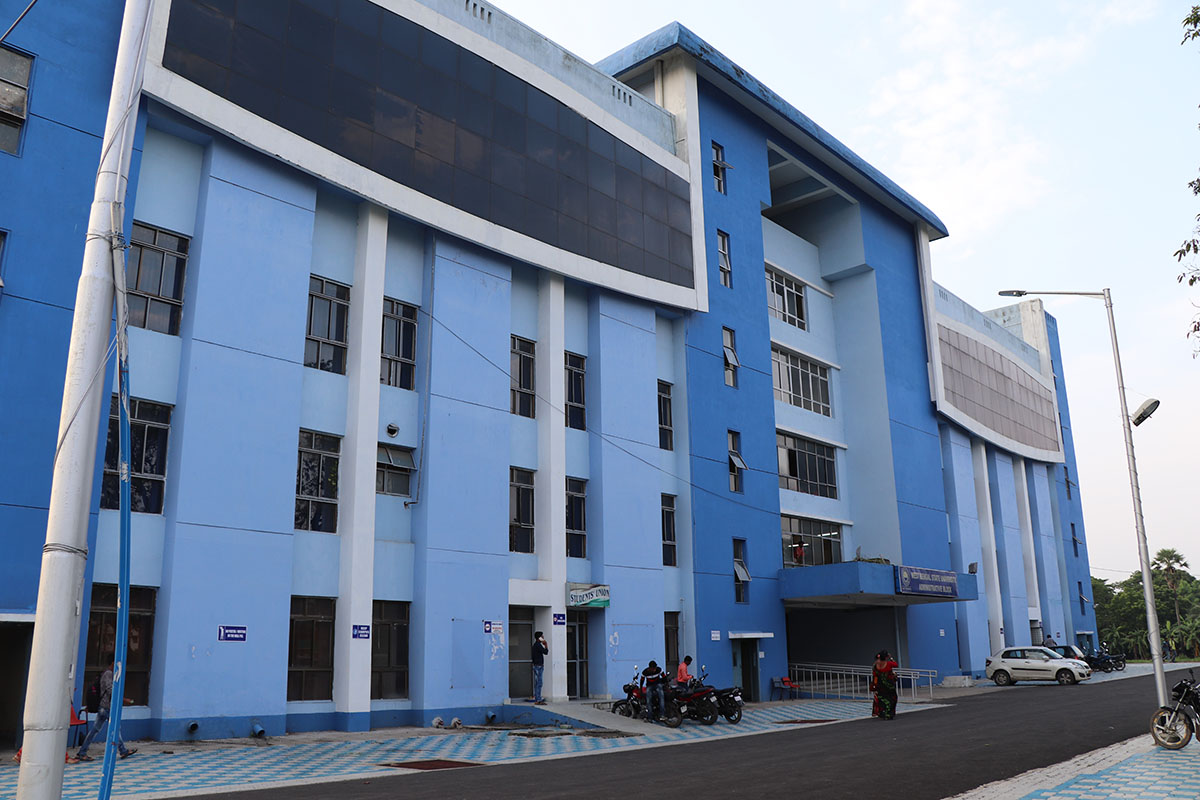 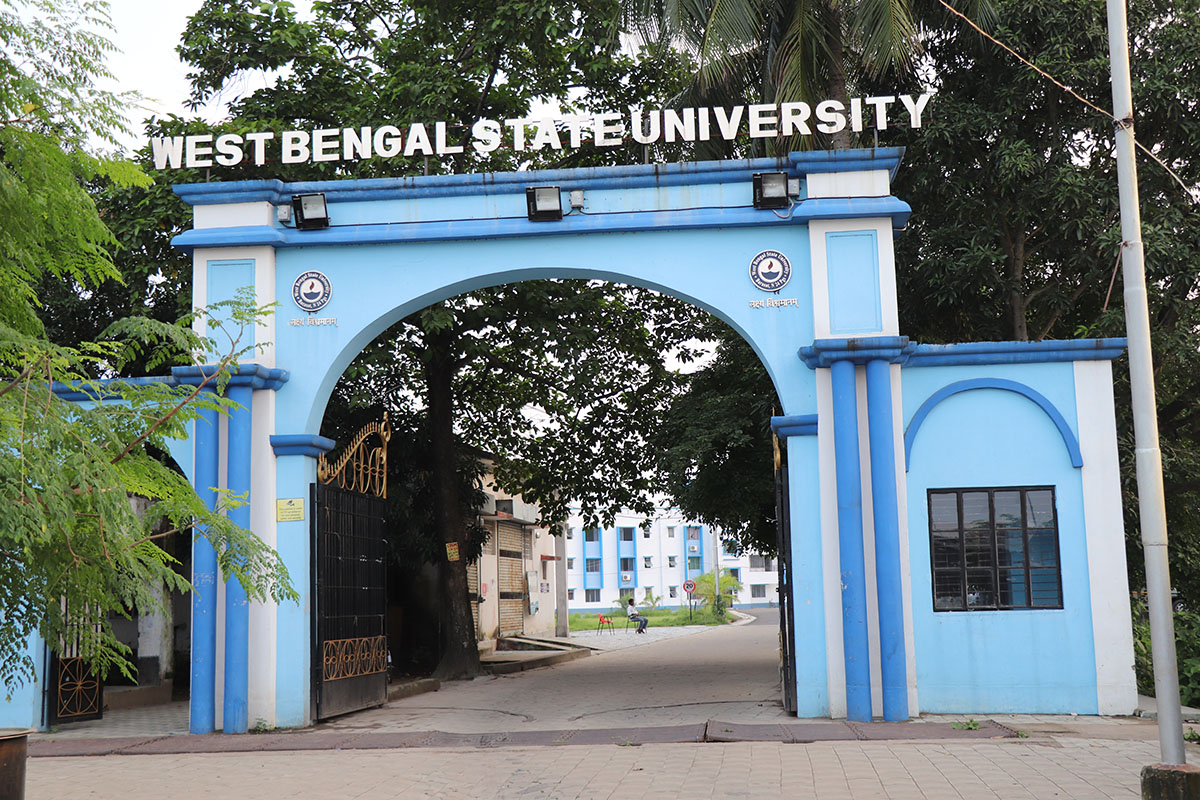 The University has total 53 affiliated colleges, all of them together have enrolled 53,000 UG students in the year 2018, about 65% of which are first-generation learners. As of now, nineteen colleges offer PG courses in different subject (subject-based autonomy). Out of the 46 colleges, eight colleges are NAAC-accredited  A – Grade colleges. The University has one B. P. Ed. College under its fold and several Special – education colleges.

The University has total 31 PG teaching departments include wide-range subjects from language, literature, social science,science,commerce and managements are taught. The total sanctioned strength of students in the PG departments is 1256 and this year, more than 80% seats have been filled up. More than 96% of the teachers are in the PG-Departments and they possess Ph. D degrees and some of them having Post-doctoral experiences in reputed overseas institutions and laboratories. Although the number of first-generation learners in the PG departments is quite large, the success of pass-outs from the University in the All-India NET examination from various departments is remarkable. Students are getting opportunities to pursue higher studies in eminent research Institutes like IIT, ISI, IISC, National Institute of Biomedical Gemonics etc and other reputed Universities.

Although the creation of infrastructure has not been as fast as it should have been, teachers in the PG Departments have engaged themselves in research activities right from the beginning and in the first three Convocations, a total number of 130 Ph.D were awarded with Degrees and  Certificates. This indeed is an achievement for a new university. Two teachers of the Zoology Department have got a patent, and teachers engaged in research have tried to publish their research results in the best of national and international journals. Some of the teachers from humanities and social sciences have achieved renown as authors of books at national and international levels, receiving literary awards for their accomplishments. This is of course a continuous effort and slowly but steadily, improvement in all arena is being felt.

The present Vice Chancellor of the University has been working since September 2015, and during the last four years, a speed in the development of infrastructure has been noted by the outsiders. Despite unusual delays in the initial years in appointing full time teachers in various Departments, no PG Department is now without permanent faculties. The vacant posts are also being filled up with an unprecedented speed now. State-of-the-art laboratory in the Department of Mathematics has been created with State Government funds. A G+5 administrative building and a G+7 academic block have been completed. The University has recently created a museum as well. A course on Korean language has also been initiated as part of the University’s attempt to create a school of foreign language. To facilitates this process, the University has entered into a MOU with Anian University of the Republic of South Korea. A language laboratory, two auditorium, development of a Conference Room, Roof-top solar system for power generation, etc. are projects in the pipeline.

The UG and PG examinations are being held in accordance with the academic calendar and results are being published on time. Grievances of the students about examinations are being solved proactively, and a sense of trust and confidence in the University system has been built. The drastic reduction in the number of court cases in this regard is an indicator of a transparent system. Applications under the RTI are being processed rapidly in the interest of the students. 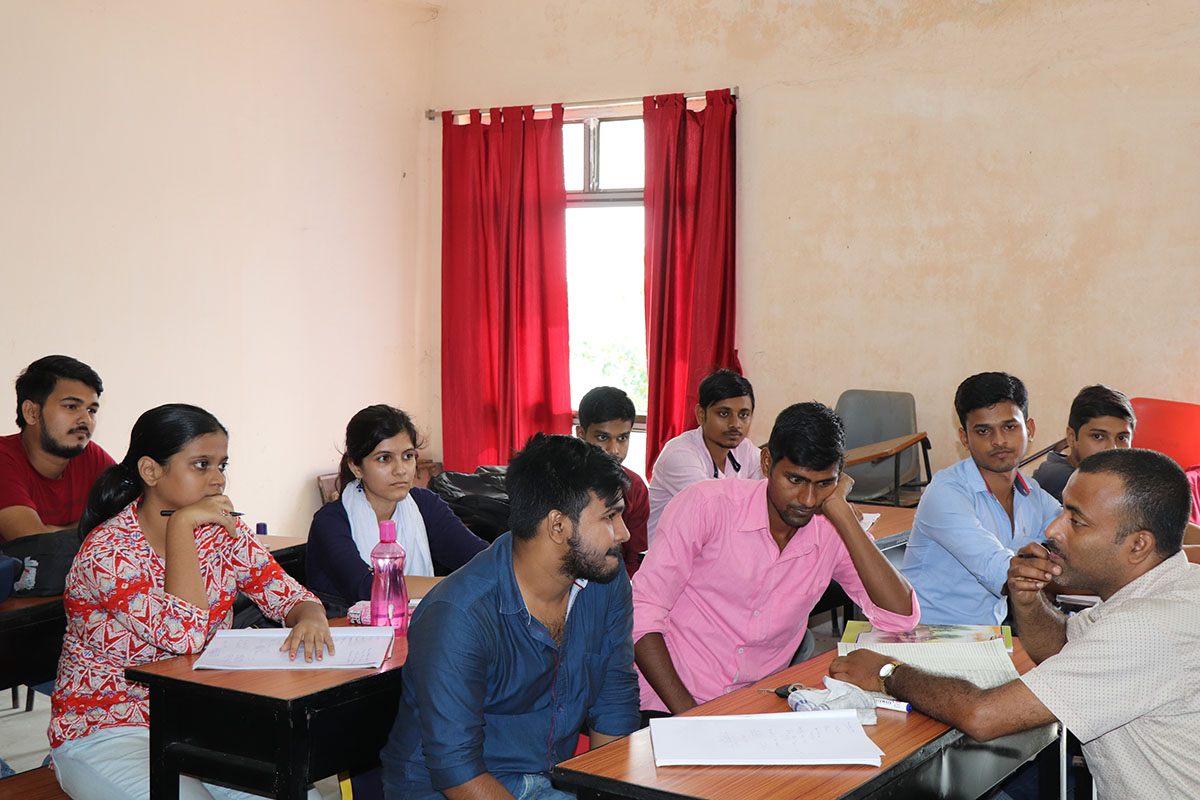 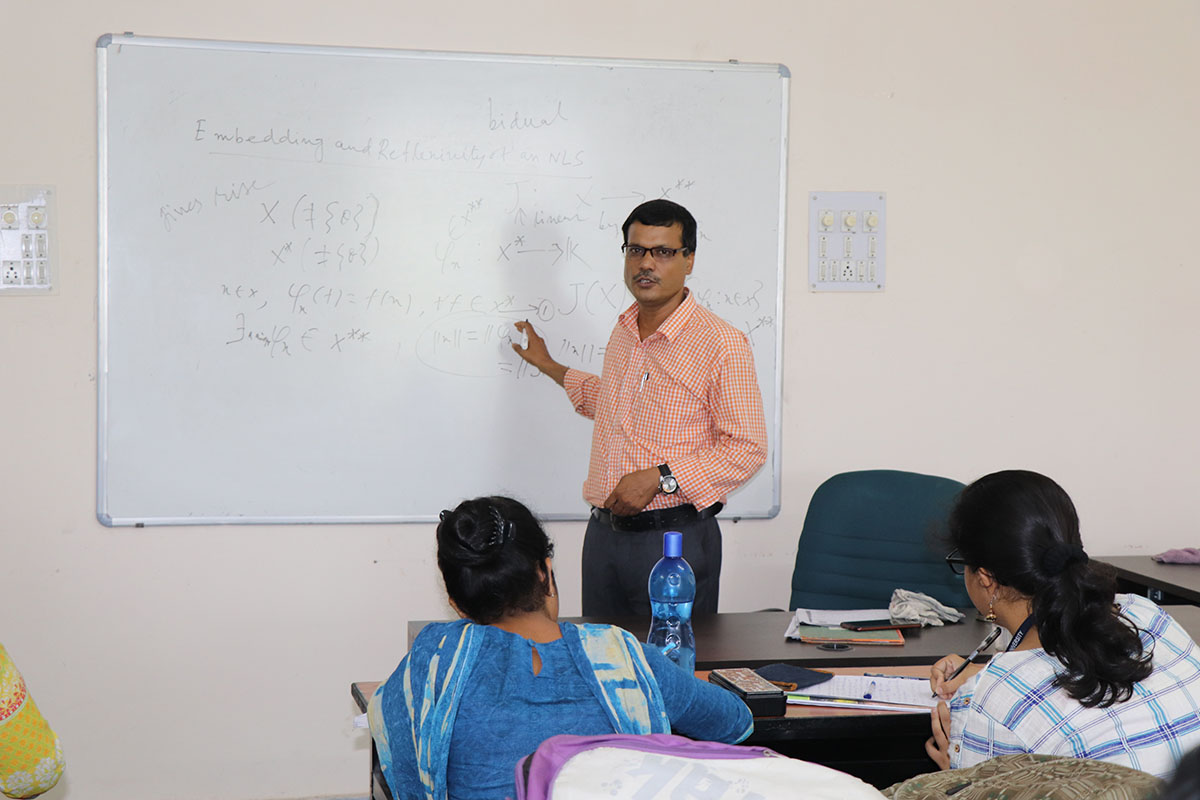 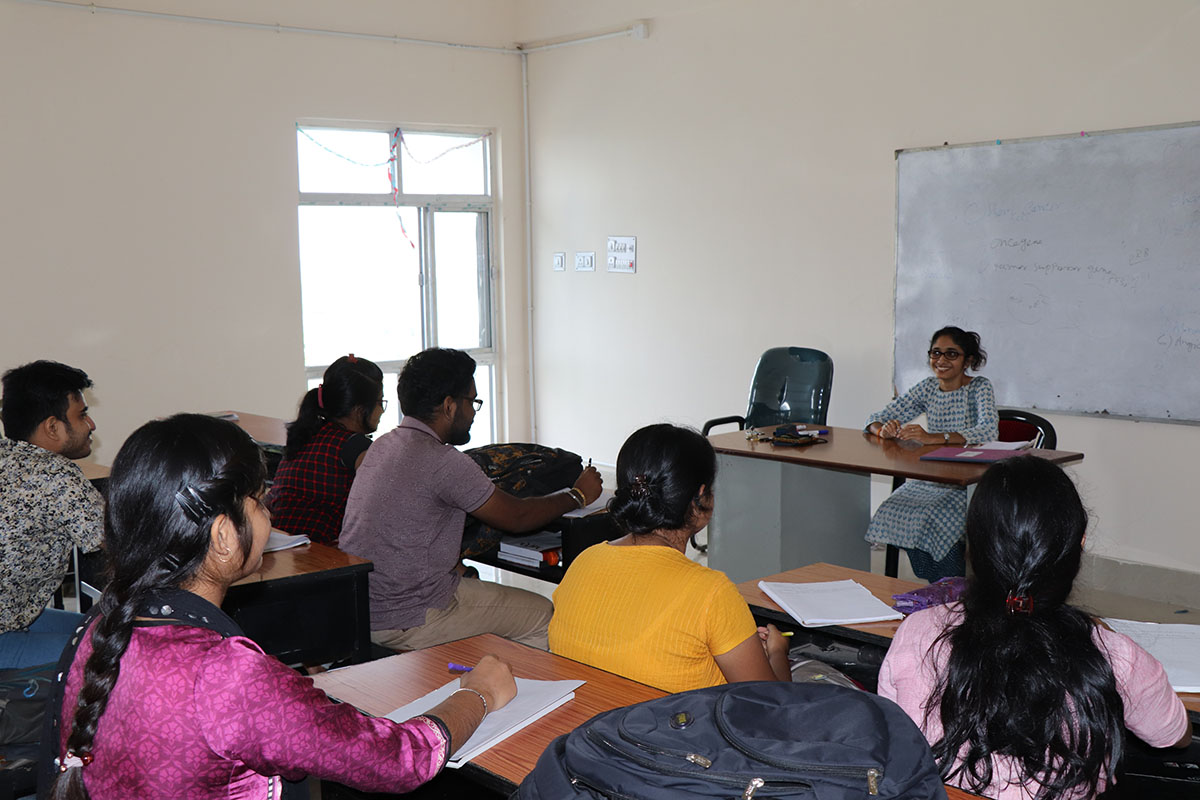 The University has almost all statutory committees, and meetings of the Executive Council and the Court are held regularly. The students union has so far been very responsible, and deserves congratulations for their support in running the University.

The University believes in offering a flexible academic environment with spaces for the development of free thinking and interactions between teachers, students, researchers and external experts.Therefore it has allowed academic flexibility to the Departments since its inception. Many Departments do not rigidly follow the syllabus as such and try to incorporate emerging areas of research into teaching-learning process. They also freely collaborate with research institutes within and outside the state and country in developing a quality infrastructure of teaching-learning-research. Many Departments also involve teachers and scholars from ancillary disciplines from within and outside the University for PG teaching and M.Phil – Ph.D Coursework.

The teachers are engrossed in teaching and research,their support to the university administration has been laudable. Occasional differences are indicators of active minds, and teachers in the WBSU possess active minds that ensure removal of stagnation. Four teachers of the university are recipients the prestigious State Government award of Shkisharatna for their contributions to higher education and in research while many of them have received national and international fellowships for higher research.

Lectures by overseas scientists and scholars are organized in the University regularly. Seminars, Conferences and workshops are being arranged by the Departments where  turn-outs are becoming remarkable. Various PG Departments of the University have been instrumental in creating effective research collaboration with reputed national and international higher educational institutions. The University too has signed a few MoU swith  to foster fruitful academic exchanges.

Apart from regular processes of teaching-learning and research, the University, being an institution situated in a rural area, takes special care to engage with local communities through various outreach activities like social awareness campaigns, sensitization programmers, psychological counseling and so on including visits of students to school and the University.

A large number of students of the University are getting Government jobs in teaching, defense sector, railways, banking, and also in reputed private sectors. For first-generation learners, this is a tremendous achievement, and their joy is palpable and infectious. In the session 2018-19, the number of students who have cleared UGC – NET and JRF tests and SET examination has been very impressive.

Although the  location of the university has been in  remote far areas, the introduction of vehicles  have been improved . The Government of West Bengal has been generous in supporting the University and the Honorable Chief Minister of the State and the Honorable Minister of Higher Education have come forward with help and assistance as and when required.

The process of modernization in the University has been noticeable in recent years. The University has created modern infrastructure including ICT – enabled smart class-rooms for students. The library is in the process of attaining 100 percent automation, offering service not only to students, scholars and teachers of the University but to outside researchers as well. It has recently opened a section on rare books. Similarly, given the fast-developing infrastructure, human resources and funds, the University is expected to create or offer opportunities for further academic collaboration, consultancy and innovative ecosystem in diverse inter-disciplinary fields. The University is augmenting modern amenities for physically and mentally challenged communities of the institution including students, teachers, non-teaching officials and visiting people. It is also taking necessary steps to create an environment-friendly culture to focus on its natural biodiversity and resources. Needless to say, this development is an on-going process and the University is committed to maintain its growth. If the present trend continues, this University is sure to have a bright future. The University has taken new initiative for starting a new Gymnasium for the students and a canteen which is runned by a self-help group. Industries and houses have came forward with donations to the University which help needy students in getting tutions.

The University is a cradle of civilization. Over the last ten years, the West Bengal State University has spread the light of education to the remotest corners of the district of North 24 Parganas where the minority population is quite large. The University has a significantly large number of students enrolling at the PG level, including a substantial number of female students and those coming from remote areas and marginal and minority communities. The University has taken up in right earnest the challenge of imparting higher education to a diverse group of students of which the majority has been first generation learners, coming mostly from socially and economically backward classes. The University continuously strives to motivate them to pursue post-graduate and higher studies by providing them sufficient knowledge resources and by addressing the burden of their educational expenses by means of providing them with study materials and e-resources as far as possible. Over all, the University aims to achieve a sustainable academic environment and quality in terms of national and global standards.